The caves of Ajanta is a nature masterpiece by itself. About 30 in number, the caves are in a semi-circular scarp of a steep rock mountain around 76 metres high carpeted with greenery of natural forest growth, with a stream running alongside its base making it a perfect picnic spot.

But, the importance of this UNESCO World heritage listed site are the murals that adorn the walls of most of the caves as well as various rock carved stupas and Buddha statues and other scuptures, inside and outside the caves. Discovered in 1819 by a band of British officers on a tiger hunting expedition, the colourful cave paintings are regarded as not only the best examples of mural paintings in India, but the best art produced by humankind.

The Ajanta caves are believed to be the second-most visited tourism site in India after the Taj Mahal. Today, the Indian government is promoting it heavily as part of the Buddhist tourism circuit they are developing. In September 2018, the state government of Maharastra offered land in the vicinity to Buddhist countries to help develop a Buddhist theme park and monasteries there.

Ajanta is 130 km from the provincial city of Aurangabad, which is connected to the rest of India by rail and air. The Ajanta cave paintings, are believed to have been done between 1st century BCE and 7th century CE, when monks used to stay here for months, especially during the rains retreats. The site would have been popular due to its stream set in idyllic surroundings which would provide the serenity and calm for an artistic mind to do these contemplative paintings, which illuminates the contemporary minds to the life of court and street scenes, domestic life and animal and bird sanctuaries. The paintings are also intensely religious in its tones and context depicting the Buddha, the Bodhisattvas and Jataka tales.

It is believed that each of the caves had a rock carved roadway of steps from the stream to the cave, but today most of it is gone, and the caves which are not at the same level on the semi-circular rock are connected by a paved pathway and staircases that are tread by millions of tourists each year.

Since the caves were discovered in a dilapidated state in the 19th century, variety of modern techniques have been utilized to bring it back to its ancient glory. In some caves, it has succeeded but in others it is a tough challenge to fight decay – the paintings are effected by soot, grime, dust and bat dung. That has made some paintings highly unrecognizable. In 1999, the Japanese Government came in using cutting edge technology to restore and secure some of the ancient murals.

One of the best preserved is the Mahayana monastery known as cave 1 where the walls and ceilings are colourfully painted with even the pillars and doorframes beautifully carved. There are rock carved statues of the Buddha and Bodhisatava and a scene of his first sermon in Sarnath. The cave contains some of the masterpieces of the world of paintings – the Padmapani and Vajrapani. 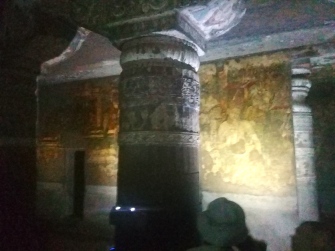 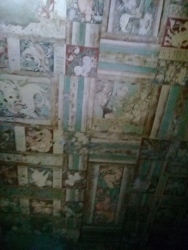 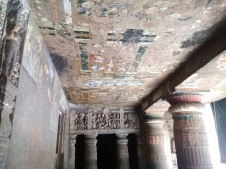 The adjoining monastery (cave 2) also have some well preserved paintings on ceilings and walls, that are believed to have been done in the 6th and 7th centuries. There are countless figures of the Buddha painted on the walls. 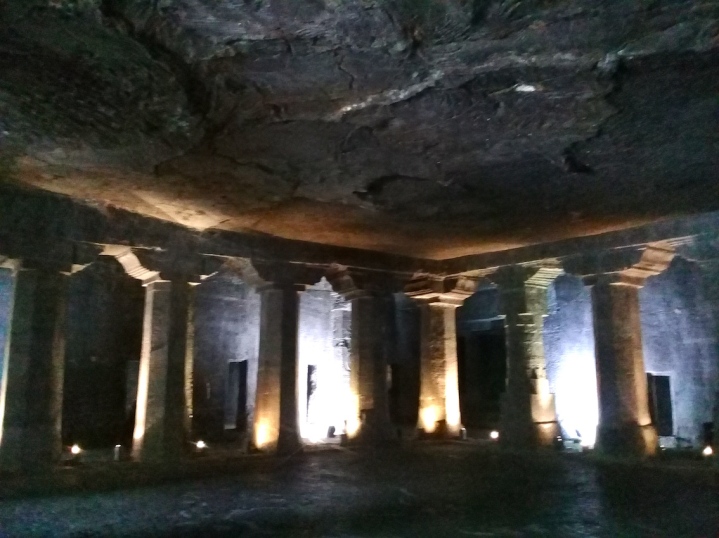 The cave 4 that has a well carved entrance, is perhaps the largest cave in the chain which may have been planned on a grand scale with large carved Buddha statues and columns with a big courtyard, but its bare rock ceiling indicates the monastery was perhaps abandoned before all the work was completed. 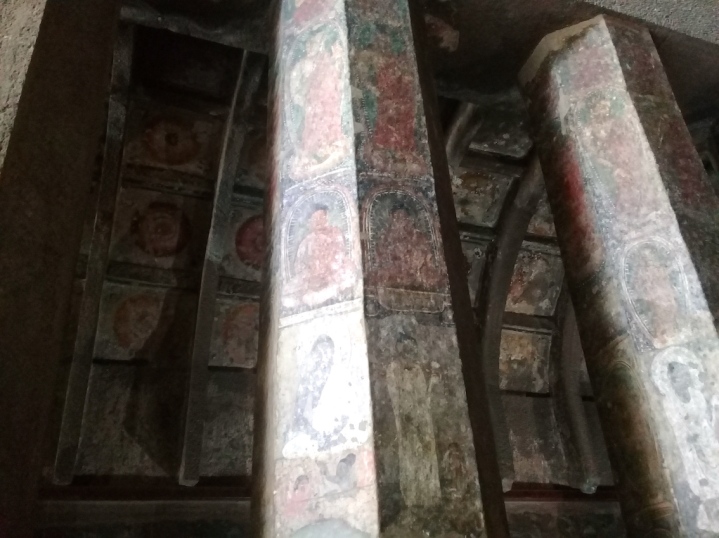 The oldest ‘chaityagriha’ (hall of worship) of Hinayana Buddhism dating back to 1st century BCE is found in cave 9 (and also cave 10), but its walls are mainly bland with more cement (to cover damage to murals) than colourful paintings. The ‘chaitya’ at the center is still intact which makes a good selfie opportunity for visitors.

In contrast, cave 16, which was developed in the 5th century CE, has an elaborately carved entrance, and various paintings on the life of the Buddha as well as from Jataka stories inside. Adjoining cave 17, a Mahayana Buddhist monastery is the best of the caves with lots of well-preserved paintings of Jataka tales including on its 20 octagonal pillars that support the cave hall. The doorframe is also lavishly carved. 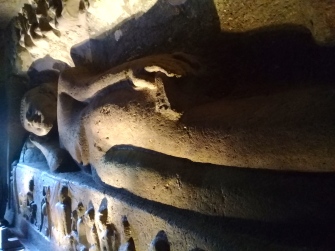 Caves 24 and 26 are large caves that are lavishly carved inside and outside, but not many paintings. The cave 24 is unfinished, that is believed to have been occupied in 7th century.

Overall, this is an absorbing place to visit, especially if you make an attempt to read up on its history before visiting. These are among the earliest forms of world art and preserving them – after having been lost to the world for centuries under thick forests – is a mammoth task. With age these paintings undergo deterioration, however much the government and archeological experts would try to preserve it.

The growth of fungi has been a major factor. Wherever the plasters of the original paintings from the wall peel off, they replace them with a layer of cement, as a result of this, in most of the caves there are more cement blotches than actual paintings and this tends to spoil the viewing pleasure. 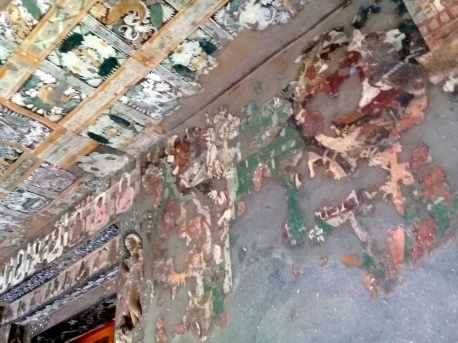 For the past 55 years, a local artist M.R Pimpare, has been painstakingly trying to recreate these paintings on canvas and paper. He says that this new approach at conservation of paintings is designed for current and future generations to realize the richness of past Indian culture and revealed cultural evolution of India through centuries.

Pimpare’s work can be seen at the new Ajanta visitors centre and if one is lucky, you may be able to meet the artist in person and see him recreating the murals on canvas as it was 2000 years before. He is believed to have completed 350 paintings, which measure from 30 centimetre to up to 2000 centimetre in length, capturing minute details of expression, facial flexion, contours of the body, and movement of the muscles. He has exhibited these paintings overseas as well.

The Archaeological Survey of India says: “Ever since the discovery of the caves in the beginning of the 19th century their paintings have influenced the artistic pursuits in the country. They provided the greatest inspiration in the art-revival in the first quarter of the 20th century, as they have influenced many centuries earlier, the art not only of contemporary India, but also Central Asia”.